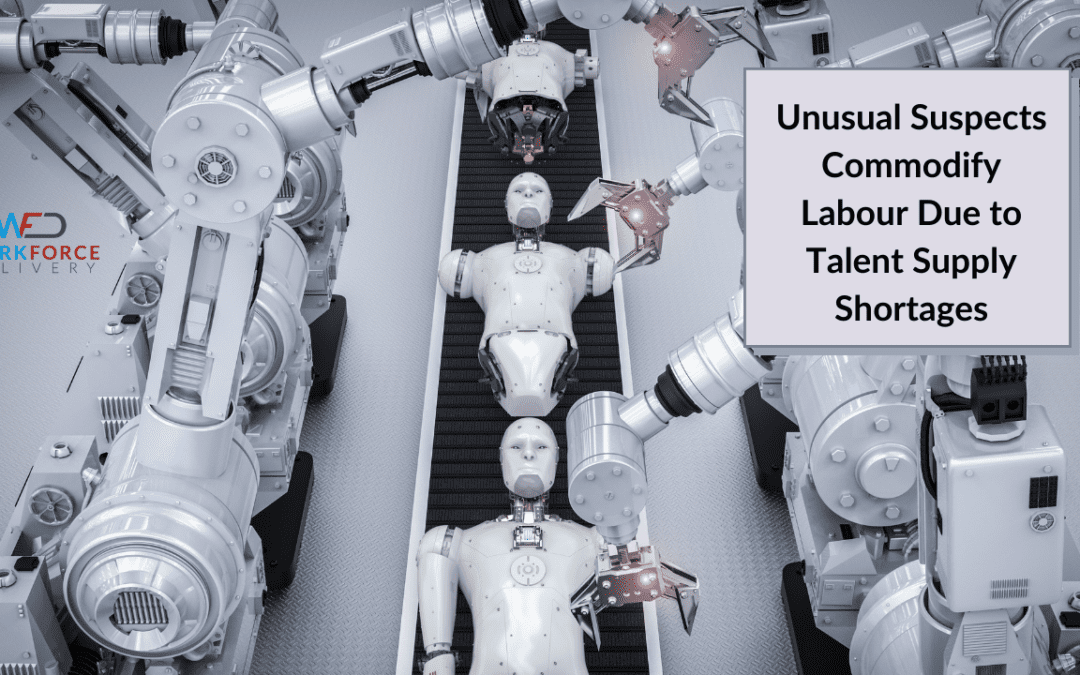 I often interact with labour leaders regarding talent supply. Recently I noticed a pattern among specific labour leaders and progressive commentators that concerns me.

Many notice a shortage of talent supply. That is a fact, and paying heed to that is necessary.

What gives rise to concern is some leaders’ reaction to it. Two often-heard reactions are:

Labour Is Not a Commodity

Talent supply is not a commodity because:

Since 1948, the International Labour Organization’s fundamental principle has been that labour is not a commodity, which is in clause I(a) of the ILO Constitution.

It seems strange for some progressives to treat talent supply like a commodity. There is a fundamental and widely held principle among progressives and the population not to do so. Society should not treat people as though they are commodities or widgets. Yet many union leaders and progressive pundits declare that wages need to increase simply because of a shortage, as though wage rates should fluctuate as oil prices do.

Now to our second point. People are not commodities. Increasing wages does not increase the talent supply. People are not “produced,” and talent supply is not increased by simply adding a third line at the factory. It is not the same as supply-chain shortages resulting from a lack of microchips for the sale of automobiles. You can up the production on microchips, but that is not the case for increasing the supply of people. Yet, some labour leaders and employers behave as though that is the case.

The country needs thoughtful, grounded solutions. These include, yes, in some cases, labour market (wage) adjustments but also:

Human Resources, Unions, and Many Employers React Instead of Respond

For years we have seen the demographic crisis coming, and it is now upon us. The talent supply situation is a function of many factors. Our inadequate response and surprise to this foreseen event mark an epic failure for labour organizations and employers alike in many industries and occupations.

Some unions kept membership intake low to ensure their stagnant and aging members were in short supply. In construction, we should note that 7-8% unemployment is needed simply to accommodate the movement between jobs. Some hiring halls have been planning to fail by default for a long time. Plant, transportation, warehousing, manufacturing, facility, and public sector unions push back on equity, diversity and inclusion efforts out of a protectionist stance.

Employers have relied too heavily on recruiters to drive their talent supply strategy. Comparing a recruiter and a well-rounded, degreed HR professional is akin to comparing a doorbell installer to an electrician. A doorbell installer can install doorbells faster than anyone. However, you would not ask a doorbell installer to diagnose and repair a problem with your electrical panel. Employers have been asking recruiters to diagnose their talent supply woes. Recruiters are capable of identifying and describing symptoms but are not usually capable of getting to root causes and developing solutions.

See Adverse Reactions to Temporary Workers for What They Are