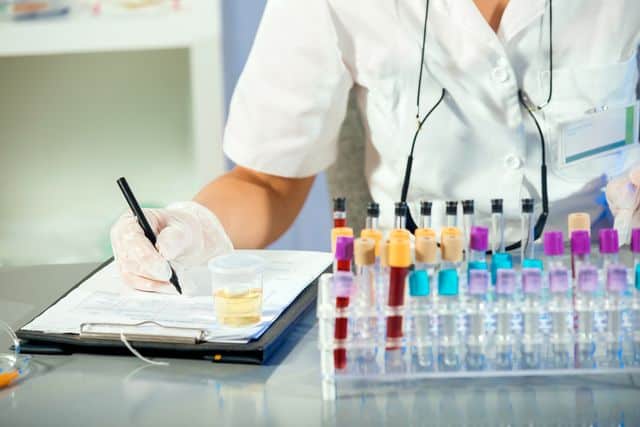 In 2012 Suncor implemented random drug and alcohol testing for workers in safety-sensitive positions. Unifor challenged the policy alleging it infringed on privacy rights. In Arbitration, the tribunal ruled in favour of Unifor and this was later properly overturned by the Alberta Court of Queen’s Bench.

All agreed in this instance, that safety procedures are critical  to prevent workplace incidents that could result in human or environmental disaster.

Suncor has a robust alcohol and drug program in place including education, training, reasonable cause, post-incident and return to work testing, drug interdiction procedures, policy and work rules, and counselling and treatment for those that required support.

Unifor challenged the presupposition that there was a pervasive problem with alcohol and drugs in the workplace (and in particular, within their bargaining unit) that would justify the potential privacy infringement associated with random drug and alcohol testing.

[T]he dangerousness of a workplace – whether described as dangerous, inherently dangerous, or highly safety sensitive – is, while clearly and highly relevant, only the beginning of the inquiry. It has never been found to be an automatic justification for the unilateral imposition of unfettered random testing with disciplinary consequences. What has been additionally required is evidence of enhanced safety risks, such as evidence of a general problem with substance abuse in the workplace.
Communications, Energy and Paperworkers Union of Canada, Local 30 v Irving Pulp & Paper Ltd, 2013 SCC 34, [2013] 2 SCR 458 [Irving]

Suncor provided evidence of 2,276 onsite drug and alcohol incidents that did not delineate between type of employee, direct hire, contract employee, union or non-union. Unifor then argued in part that the evidence could not be relied upon, as said statistics could not be directly and solely associated with the Unifor bargaining unit members.

The Court found “[i]t was unreasonable for the tribunal majority to insist on “particularized” evidence specific to Suncor’s unionized employees.” Clarifying that:

Irving “calls for a more holistic inquiry into drug and alcohol problems within the workplace generally, instead of demanding evidence unique to the workers who will be directly affected…”

The Court further noted that lack of a requirement for particularized evidence was supported by the integrated nature of direct-hire and contract employees working side-by-side. Caution should be used in co-mingling statistics in more segregated, discrete work scenarios.

Employers must capture metrics on an ongoing basis regarding the performance and experience of their alcohol and drug work rules. If certain segments of your workforce are not deployed in an integrated manner, employers should include in the capture, statistics delineating employee-type where it makes sense to do so. Examples of experience factors to track include:

In addition, employers should track either directly or through a third party, the type of substance identified by the tests.

I have been on sites where over 70% of post-incident test results have correlated with positive results or possession of drugs associated with the cannabinoid panel. With the advent of legalization more attention will be put to this particular class of substance.

This article relied upon the decision, Suncor Energy Inc v Unifor Local 707A, 2017 ABCA 313, and was inspired by an October 11, 2017 article written by Graeme McFarlane of Roper Greyell LLP, Justifying Random Drug And Alcohol Testing In The Workplace.

Please contact us if you have an interest in developing or reviewing your metrics capture of your Alcohol and Drug program.

Thank you for your time and we hope this is useful to you and your organization.