Employee Secretly Recording Others At Work Results in Termination 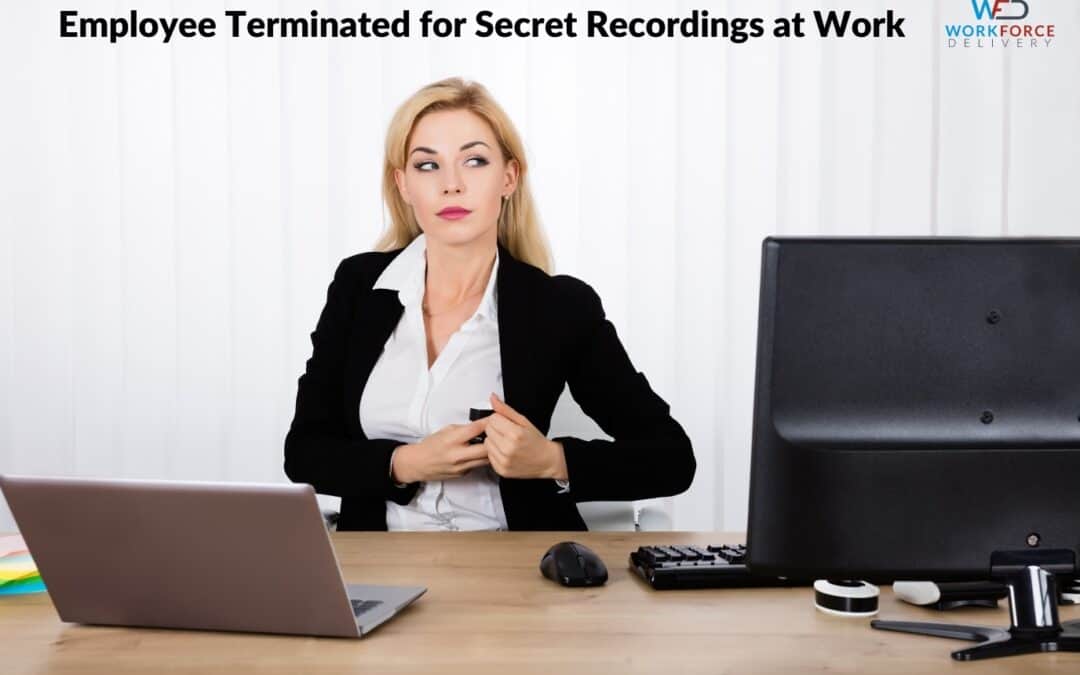 Employee Secretly Recording Others At Work Results in Termination

I enjoyed watching law and order/crime TV dramas as I grew up. There would be an episode involving a character secretly recording another from time to time.

Then a court would throw out the evidence. Justice denied! It made for heartbreaking yet exciting TV.

Just like many laypeople, that led me to, for a while, believe that recording someone in secret was illegal in every circumstance, or at least would be unreliable as evidence.

Then, inspiring high school and post-secondary educators introduced more nuance. They taught us that recording a conversation was generally not illegal if at least one person recorded is aware of the recording. Like most, I absorbed that into my psyche and moved on.

As an HR practitioner, I have not experienced an abundance of co-worker-to-co-worker covert recordings. When it came up for me, the admissibility of evidence of the recording was rarely the focus.

For instance, an individual recorded roughly 40 hours of his supervisor undermining and directing racial slurs towards him. We didn’t adjudicate the issue of whether the person should have been recording. Instead, the facts backed by the recording motivated us to fix the situation. Fixing the situation included confronting the superiors, firing the supervisor and getting our chequebook to settle the targeted employee’s grievance.

In other files, a person being harassed or intimidated or bullied records another in secret from time to time. In these files, the recording often will assist in credibility assessments when comparing competing testimony from the target and the bully. The necessity for these recordings makes sense, as bullies are sly and often tricky to gather objective evidence of the behaviour.

The legality of the recording is not the only factor to consider in the employment context. The appropriateness of the recording is also an essential factor. A recent BC Supreme Court Case added another nuance. Under this fact set, an employee extensively recorded private and personal conversations with co-workers and supervisors. Findings of fact did not substantiate reasons given by the employee to justify the excessive recordings. The court found that the secret recording activity violated the trust required for a functioning employee/employer relationship and was grounds for dismissal.

Employers need to tread carefully and cautiously when considering covert recording discipline. Factors such as the extent of the recording and that the recordings included co-workers’ personal information contributed to the court’s decision. Also, the court did not substantiate the reasons the employee relied upon to justify the need to record.

Employers would be well served to get in front of this and consider setting expectations surrounding secret recordings at work by creating a policy.

We recommend legal advice if an employer intends to discipline or terminate an employee recording.

For employees, this feels like it should be a public service announcement. Many are under the impression they can record conversations without negative consequences. That is not the case. And, call me sentimental, but I have this strong preference that when employees behave in a manner that could put their job in jeopardy, they should be aware of that in advance. So govern yourself accordingly.

We hope this has been useful.