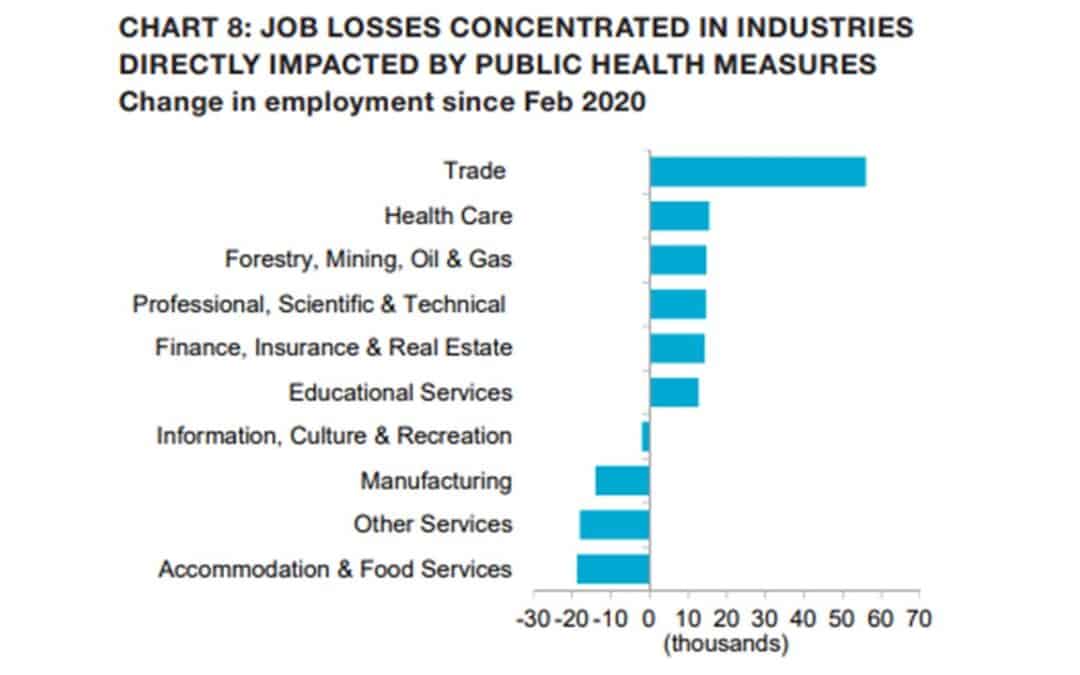 Private Sector Surges, but Jobs in Goods Continues to Fall

Jobs in trades, healthcare, mining and oil and gas, professional, scientific and technical, finance, and education remain significantly lower than pre-pandemic levels. Meanwhile, services and manufacturing jobs have increased to levels greater than that experience pre-pandemic.

The Alberta economy is transitioning towards being more service-based. We expect mismatches of skill sets and drastic swings in displaced workers moving from industrial to service work in the coming months and years.

Increased operational costs leave less room for wage increases, and employers navigate tremendous uncertainty in today’s market. This reality creates the need for nuanced communications between employers and employees as each experience increased costs to run their lives and operations.

Job vacancy rates are at 4.5%. Focused areas such as services and IT and general labour associated with civil work suffer staff shortages.

The shortage of civil trades will eventually be the bottleneck for work opportunities for those involved in other industrial work. It is no longer good enough to look at a project from the standpoint of it being shovel-ready as a whole. Due to the uneven distribution of vacancies and unemployment rates across trades, it is necessary to determine what phase of a project will be shovel-ready.