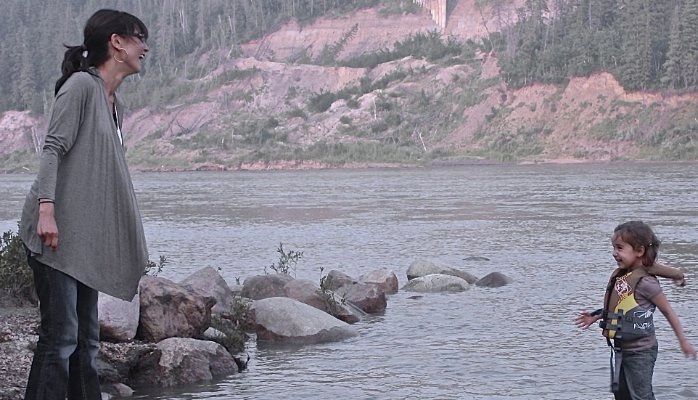 When my wife and I were courting, I stole her away from her family for the first time one Christmas to share that part of the Holiday Season with my family. It was a big deal. We were sending the signal to everyone; this is serious. You better get to know this woman because she is amazing and will be in our lives for a long time. Beth wanted to get just the right gift for my mom. She was slightly anxious and went to a prominent store in downtown Edmonton to find something special. She chose a beautiful scarf. Being quite excited, she showed me her selection when we got together that evening. It was wonderful. My mom would love it. She did love it, both the scarf and the gesture.

But then something else was shared. Beth told me of her experience in the store. She was followed around by the staff as though they felt she was going to steal something. I was furious. I had frequented the same establishment and had never been treated that way. I did not even know Beth’s ethnicity when we started dating. On numerous occasions, people have told us that she clearly has “First Nation traits.” Being discriminated against is something I have never experienced. And before that, I have never experienced discrimination vicariously through a loved one. I was filled with indignation. To Beth, my naivety was showing. At the time, I believed that racial profiling was more of an outlier phenomenon in today’s society. It was reserved for fringe groups, in any event, not mainstream. I asked Beth, “Why are you not angry?”

“If I choose to be angry about that, I would be angry all the time.” she said.

The statement hit me on several levels. All the time? Does it happen all the time? She is desensitized because of a lifetime of similar experiences? How far off base am I to have believed this type of thing does not happen?

Then I started to notice interactions. How sometimes I would be treated differently when going places with my brother-in-law, how he would be treated, or how Beth might be treated when we were out. It struck me because it was unusual and foreign to me. Eventually, concerning these (off-duty personal life) interactions, I started to become desensitized; the interactions did not inspire the same emotion in me. I still do not know if that is a good or bad thing.

In my own mind, I started assessing the order of magnitude. In some cases, it seemed to be a case of awkwardness, not hateful and not even overtly judgemental, just an awkwardness. In other situations, there was a sense the individual carried with them an initial pre-judgement, often softening as the interaction with Beth continued. In other cases, there was an unmoving pre-judgment, seemingly based on Beth’s ethnicity. And in other cases, there was what appeared to be hate. Like the time we went for our sunny-Sunday walk for a coffee, pushing Natanis in the baby carriage. While walking down a side street, a stranger in a pick-up squealed around the corner, coming into proximity of us. He yelled, “Go back to the Reserve!”. We looked at each other and shrugged our shoulders. To us, those are just unexplainable.

Being in the human resource field and the labour relations field, I wonder what kind of impact this has on opportunities for promotion, being put in ad hoc leadership positions, or being given opportunities for meaningful work on committees. How does this impact the voices that get heard generally, across industries and sectors in Canada? Many first-opportunity decisions are often based on first or surface impressions. Final decisions are often ultimately made in-camera, where often the only person in the room with the decision-maker is the decision-maker himself or herself. Unless a person does not have a personal bias or has personal feelings but compartmentalizes them away from the decision at hand (and I believe some professionals are capable of doing that), interviewers and decision-makers’ beliefs impact those decisions.

I have also considered whether it is different for Inuit, First Nation and Metis; versus people associated with another visible minority group in Canadian society. I can’t help but feel that discrimination continues to happen to people of all ethnicities. Those who do have a prejudice against aboriginal people (I have zero science to support this but believe it anyway); generally, there seems to be more emotion and conviction attached.

During my career, I have come to a few answers from a global perspective. I do what I can to ensure it does not happen in “my house.” Professionally, “think globally and act locally” is all I have accomplished to date.

“Why am I writing this today? “

Today my wife was denied service at a coffee shop. A coffee shop that is attached to a downtown library in our hometown, Edmonton. Beth had just finished having lunch with some former work colleagues. She was settling in to have a coffee and work on her doctoral research while she waited for the time to pick Natanis up from school. What kicked off the interaction initially? Beth wanted to buy a coffee and a sandwich for a homeless person. The store insisted the homeless person leave the premises. Then, they also denied service to Beth, even to buy her own coffee. And finally, they insisted Beth leave the store and called the police, giving the description, a 5″6 aboriginal woman.

“It has been ten years since Beth bought that scarf for my mom. I am usually not angry about this sort of thing…but today I am. “

As human resource professionals and labour relations professionals, and as Canadians, we need to do our part not to minimize and to guard against profiling in our organizations and across the stakeholder groups for whom we interface.

10 years married, it still pained me

to see my wife profiled